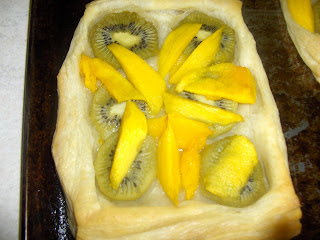 Now, this pastry doesn't look that awesome, but let me tell you it is. When N. made it the first time, he bought puff pastry and just sliced the kiwi and mango and baked it up. That was it. I decided to write a detailed feedback, suggesting that to improve his grade he will have to make the pastry himself and make some sauces/jams to go with it. And I'll be darned if he didn't go away and make his own puff pastry, and lemon curd to go underneath the fruit and in the lesson he learned to make his own proper custard (so many British kids think that proper custard is Bird's which is no more than coloured cornflour in a tin, awful stuff). Terrific stuff. 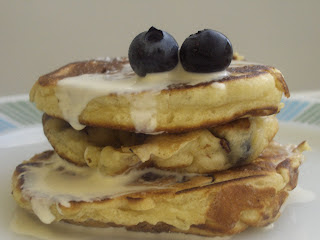 This is K.'s blueberry pancakes. She got very excited about photographing them as if they were going into a magazine. Not a bad shot I think. 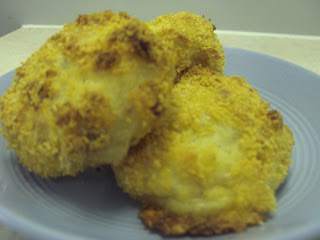 And these little delights are potato cakes with three different fillings, including bacon and mozzarella. Again it doesn't seem much, but is quite ambitious for a kid as they have to plan ahead and do stuff the night before to prepare. And it's a lot of shaping etc. in a lesson. But they were terrific. N. is very interested in the bento idea and bento is the inspiration with these potato snacks. 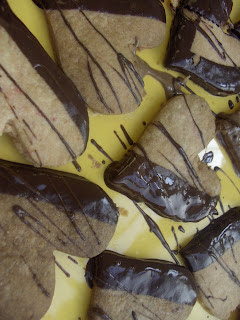 And these biscuits are just shortbread, but J. wasn't leaving until they looked great in the photo.
Best practical lesson I've been in in years.
Posted by foodteacher at 3:22 pm